“How many ounces are in a cup?” is one of the most common questions that may arise in your mind while attempting a new recipe in the kitchen. Most recipes in magazines and cookbooks use a variety of measuring units to describe the number of ingredients to be used. Some recipes may refer to these quantities using simple kitchen utensils such as teaspoons, tablespoons, and cups, whereas others may instruct you to use ingredients in ounces, grams, and liters. And using the exact amount of each ingredient is critical to the success of each recipe. Being confronted with so many different units and methods of measurement can leave you scratching your head over the kitchen counter. But, like any other problem in the world, there is a solution to this one as well. 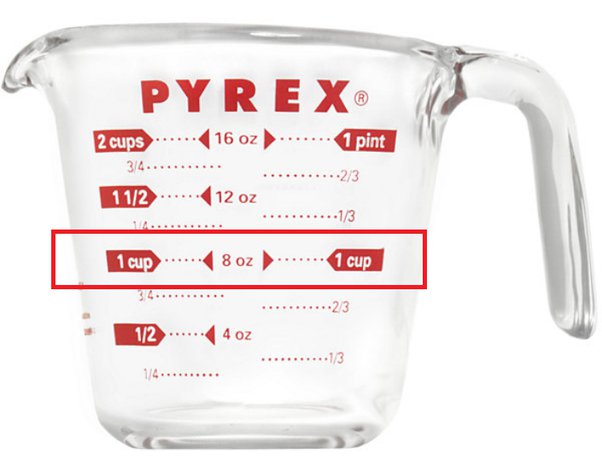 You can go for the simplest solution, which is to open an online tool and perform these conversions by simply entering values and letting the automated algorithms do the work for you. However, this solution is not always available. Because it necessitates a consistent internet connection, which can fail at any time. Another option is to perform these calculations and conversions in your head. However, the problem with the feasibility of this solution is quite obvious. Nobody is born a math genius, and most of us can’t perform these calculations in seconds. So, the practical solution is to divide the problem into simple steps, apply the standard conversion formula, and get an accurate answer for how many ounces are in a cup? In this article, we are talking about this topic. So, keep reading to know more about it.

How many Ounces are in a Cup of Water

How many Ounces are in a Cup of Dry Food

How many Ounces are in a Cup of Coffee

A standard cup of coffee contains 6 ounces. This is a liquid measurement of the brewed coffee, not the physical cup capacity. In a standard coffee maker, one “cup” equals six ounces. It’s also based on the golden ratio for properly brewed coffee. While a regular “cup” measurement equals 8 fluid ounces, most of the world uses the metric system and has different “cup” measurements and brewing methods than the United States. Understanding that a coffee cup is not the same as a regular cup measurement is the first step in understanding why this matters, but there is so much more to measuring coffee that we are going to talk about.

A standard cup of coffee contains six ounces (177 ml). Why is a cup of coffee six ounces in size? It appears to be an outmoded measurement unit. The golden ratio for brewing coffee includes 6 ounces of coffee. This is 6 oz. coffee will be poured into an 8 or 12-oz. Cup. What is the Golden Ratio of coffee? Add 1 to 2 tablespoons of ground coffee for every 6 ounces of water. This ratio is responsible for the six-ounce cup of coffee. However, as you’ve probably noticed, most coffee cups are much larger than 6 ounces. Nobody drinks only 6 ounces of brewed coffee in their cup.

How many Ounces are in a Cup of Cheese

Measuring cheese will always be dependent on the type. While there are many excellent cheeses available, it is important to note that each type of cheese will yield a different measurement when converted, particularly in cups. But why do we measure cheese in ounces? Because cheese is a dry ingredient, it is usually measured by weight rather than volume. Because liquid ingredients, such as milk and water, take up the entire volume of the container, volume measures are preferable. Cheese, on the other hand, can vary in shape and size, particularly when shredded or grated. As a result, measuring cheese should be done by weight rather than volume, which is why ounces are more accurate.

Read Also: How Many Oz in a Quart: Easy Conversions

1 cup of shredded cheese, such as cheddar, typically weighs around 4 ounces. But, in reality, it all comes down to the type of cheese used and how it is grated. Brie, Camembert, and goat cheese are much heavier than soft or crumbly cheeses. A cup of soft cheese yields about 6 ounces when finely grated. A cup of semi-hard cheeses like Gruyere, Emmental, or cheddar cheese will typically yield 4 ounces. Hard cheeses, such as Parmigiano or Parmesan, will yield approximately 3 ounces.

How many Ounces are in a Cup of sour cream

Liquids can be easily converted to weight for metric measurements because one milliliter of water weighs one gramme, so 100mls of water will weigh 100g. This relationship can change slightly for more dense liquids, but for sour cream, the difference is so slight that the volume can be converted to grammes. So, in Nigella’s Chocolate Peanut Butter Cheesecake (from Kitchen), 125g sour cream equals 125mls sour cream. In any case, the cream cheese is sold by weight (500g). It is easier to measure the volume if you have a set of measuring cups because you can spoon the cream into the measuring cup and scrape it out again. 1/2 cup is equivalent to 125mls. 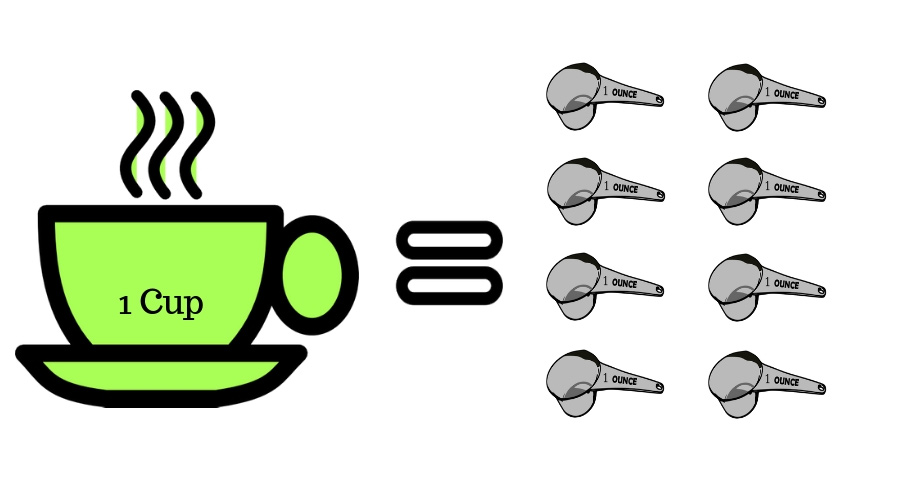 Yogurt, single and double cream, creme fraiche, and milk can also be measured by weight, with grammes replacing milliliters. Because cream cheese and mascarpone are denser, there is a slight difference in weight, which is usually about 5% less than the volume. However, for many recipes, this distinction is insignificant. Because golden syrup and honey are more dense, they cannot be easily converted from volume to weight.

How many Ounces are in a Cup of Butter

Butter is sold in most parts of the country in quarter-pound square sticks. Each of these sticks contains eight tablespoons, or half a cup. That means one cup of butter contains two sticks. 1/2 (half) cup equals one stick of butter. 1 cup is equal to two sticks of butter. Four sticks equals one pound, and many pound cake recipes call for four sticks, or an entire box of butter. Butter is sold in 1/2 pound rectangular blocks elsewhere in the country. These butter blocks contain 16 tablespoons, or one cup. Imported butter, such as Irish or French butter, is usually sold in half-pound increments.

One-pound blocks of butter are also available. Although most of these are offered at stores that provide supplies to restaurants, you might discover a handful at a specialty grocery store. Four square sticks or 32 tablespoons are equal to one pound of these blocks.

How many Ounces are in a Cup of Rice 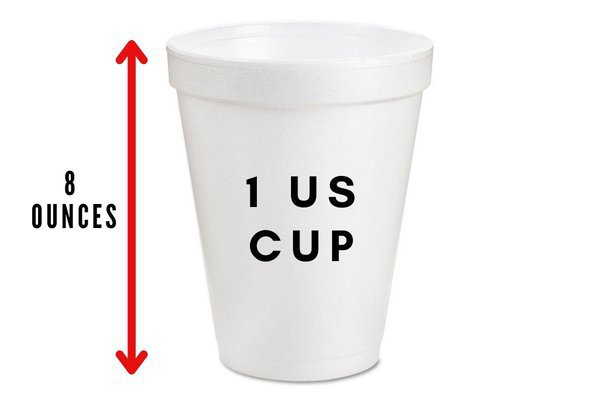 When measuring oil, milk, or juice, for example, use a wet measuring cup with a pour spout on the side. Please do not mix up this cup with a coffee mug or a teacup. People uses Fluid or liquid ounces to measure liquids. Dry ingredients such as flour, sugar, or potato starch should be measured in dry ounces using granulated measuring cups. Different dry ingredients have different measurement guidelines. To remove excess flour from the top of the cup, scoop flour and level with the flat edge of a butter knife. The cup should be stuffed with brown sugar. So dry measurements are used for weight, whereas liquid measurements are used to determine the volume of a liquid.

One cup of liquid ingredients equals 8 ounces. Because dry ingredients vary in weight, they should be measured in grammes using a dry measuring cup.

A cup of dry food contains how many ounces?

Because liquid and dry ingredients measure differently, you’ll need a dry measuring cup to figure out how many cups are 8 oz of dry food. A dry cup is equivalent to 6.8 US dry ounces.

A cup of water contains how many ounces?

So, a cup of wet or liquid ingredients, such as water, equals 8 ounces.

A cup of flour weighs how many ounces?

A dry cup of flour is equivalent to 6.8 US dry ounces. When a recipe in baking or cooking calls for grammes, you can use a food scale to measure it. Dry foods are measured differently and should be measured by weight for greater precision.

How many ounces are there in a gallon?

How many sticks of butter are in a half cup?

A half (1/2) cup is one quarter-pound stick of butter. When using the larger eight-ounce rectangle butter blocks, the whole block equals 1/2 cup. The weight in ounces can be found on the butter’s wrapper. A four-ounce stick equals half a cup; an eight-ounce block equals one cup. 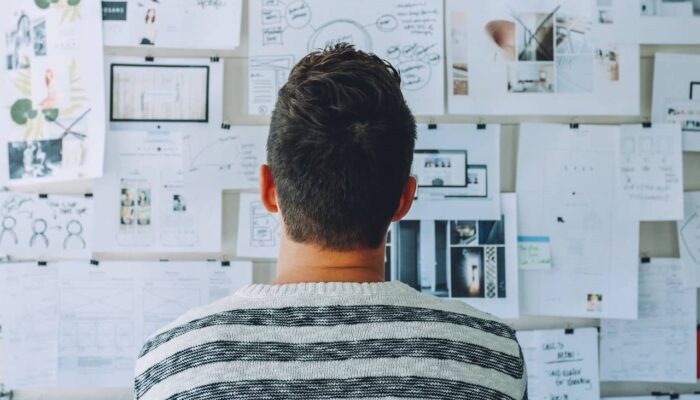 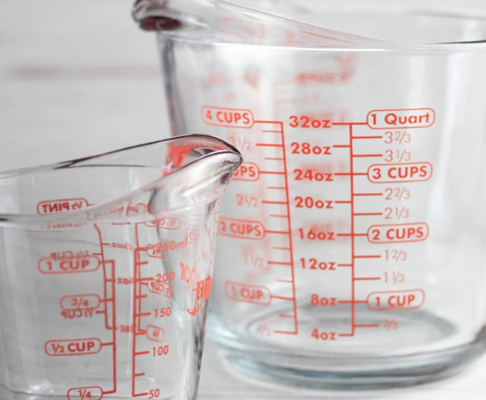 How Many Cups in a Quart – An Easy Guide 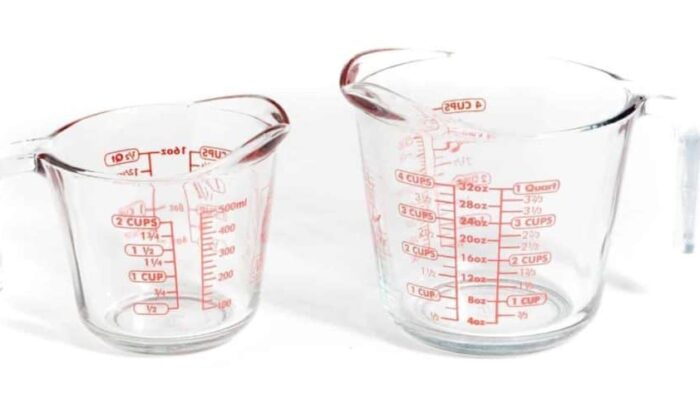 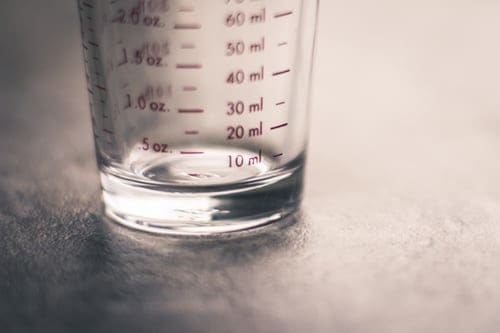 How Many Oz in a Quart: Easy Conversions